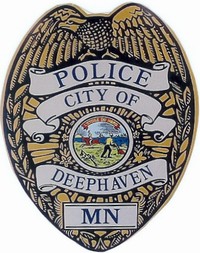 If you have a police, medical or fire emergency, DIAL 911 immediately.

The City of Woodland contracts with the Deephaven Police Department for police services.

The Deephaven Police Department is on duty 24 hours a day, seven days a week. The administration offfice is open 8 a.m.-4:30 p.m., Monday through Friday.

After Hours, If you require non-emergency service or you would like to speak to a Deephaven Officer, please call the Hennepin County Dispatch non-emergency line at 763-525-6210 and request that a Deephaven police officer contact you.

The City of Woodland contracts with the City of Wayzata for fire protection service by the Wayzata Fire Department. By ordinance, Woodland residents pay for fire calls according to the fee schedule below. Firefighters are dispatched and respond regardless, whether it is an actual fire, false alarm, unintentional call or cancelled en route.

Wayzata’s Volunteer Fire Department dates back to 1912 when it was founded and became a member of the Minnesota Fire Department’s Association. The Wayzata Fire Department was reorganized in 1922 and operated until 1960 as a private corporation. The City of Wayzata took the Fire Department in as a Department of the City in 1963. Names such as W.H. (Fuzz) Swaggert, W.T. Berry, Earl W. Day, and many others helped build the department, its constitution and by-laws.

The department has been located in the same building since 1965. The fleet has grown from three pumpers, a rescue truck and a small boat in 1964 to today’s fleet of one ladder truck, two engine trucks, one rescue truck, one tanker, two boats (one 1 small and one large), a combination grass rig/car fire rig, a pick up and a van.